I wrote this in my last post "Leonsis tweets or blogs during or at the end of a struggling season basically saying "You see, we're a good team" or "This team is going places #dcRising" after a winning streak". And then a couple days later he tweets this 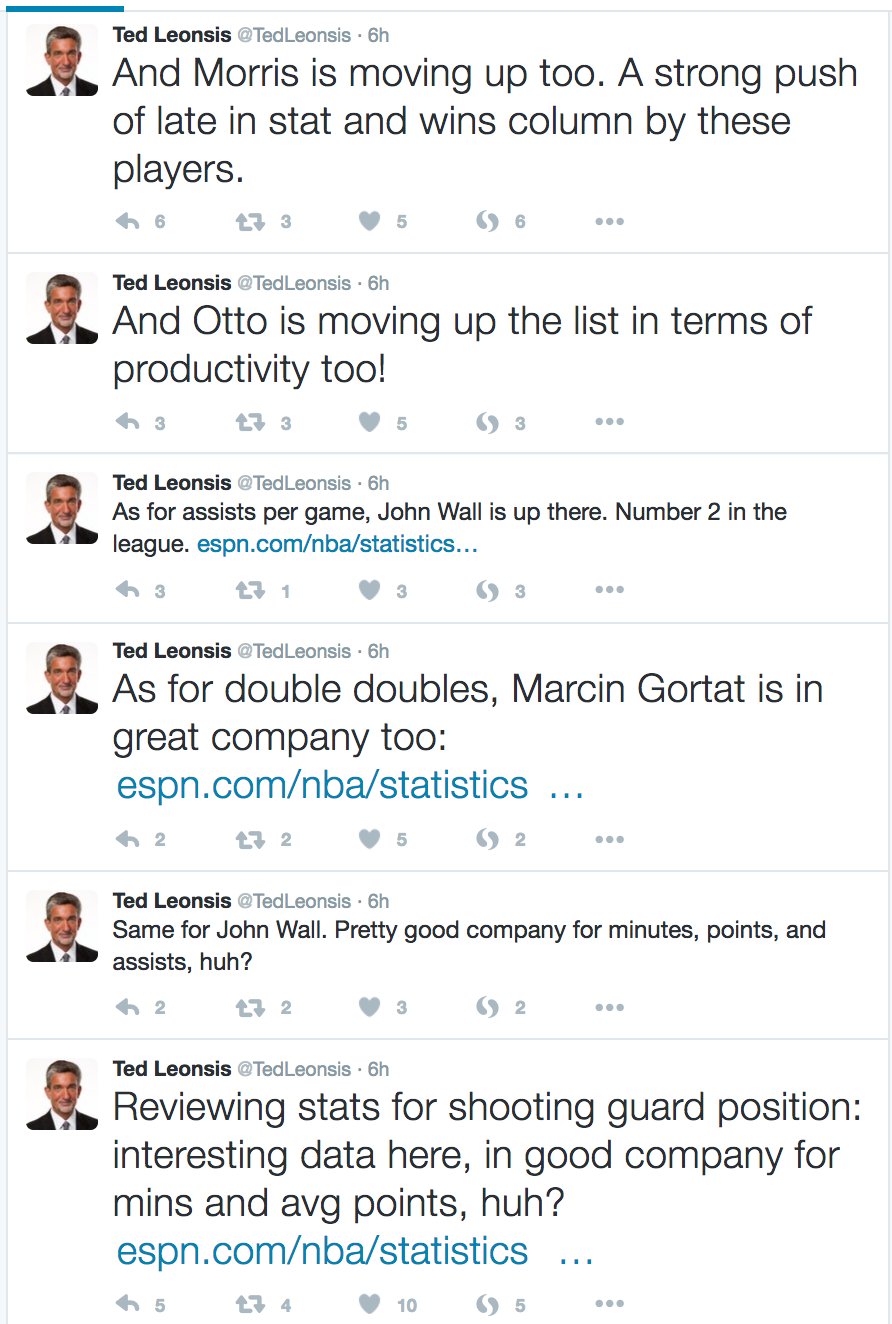 Lets ignore the fact these players are being supported by a bench that ranks last in the league. This bench worth nearly 107 million constructed by Ernie Grunfeld who spent four years saving. Imagine this team with a better bench that could relieve the players Ted Leonsis mentioned. Especially a backcourt which one is injury prone and the other coming from two knee surgeries both logging high minutes.

I remember when Andray Blatche was resigned and Blatche had a couple of good games. Leonsis compared him to Zach Randolf. Another time during the Jordan Crawford era he called the Wall/Crawford/McGee trio his new big 3. We also can't forget the many times at the end of the playoff-less seasons the team would be on a winning streak and Leonsis would gloat. So this latest tweet was real predictable. Right on time Ted like always

This entry was posted on Tuesday, December 27, 2016. You can follow any responses to this entry through the RSS 2.0. You can leave a response.