Ted Leonsis is the Billy McFarland of Fyre Festival 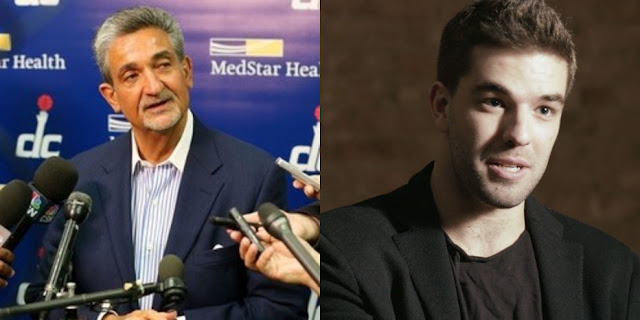 And like the Fyre Festival was trying to pose as a real music festival the Washington Wizards are trying to pose as an actual NBA team. Nothing against any player on the Wizards just like nothing against some of the Fyre staff and the Bahamian men and women that worked day and night to try and make the festival work. It's not their faults. Both the Wizards and Fyre Festival failures are due to bad ownership and management. I mean, who gives the approval on signing a player like Ian Mahinmi to a big contract to backup and later replace a player like Marcin Gortat? You might as well go from sushi to a cheese sandwich.

Comparing Ernie Grunfeld to Ja Rule would be real easy. After watching both documentaries on Hulu and Netflix (highly recommend watching both) that would be also the wrong thing to do. I don't think Ja really knew what was going on. He didn't sign anything or falsify documents. I just saw him doing interviews, partying, and having fun. Ja was more of a face of the company then a co-owner. He was damn near the mascot. Ja Rule is G-Wiz. Ernie Grunfeld is more like the Chief Marketing Officer Grant Margolin. Like Ernie is the right hand man to Leonsis, Grant was the right hand man to Billy. Billy had the vision while Grant executed similar to how Leonsis had the Ten Point Plan while Ernie executes. Similarly both Ernie and Grant showed they were utter failures at their job except for one of them being fined $35,000 and banned from being a director by the FBI while the other gets secret extensions and continues on being the longest tenured GM in the NBA without a title. 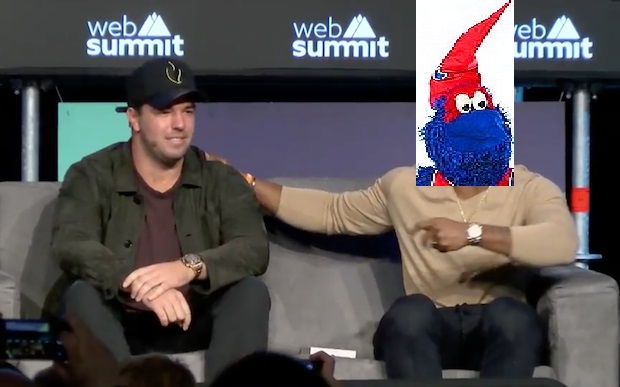 How Fyre Festival attendees were promised a luxurious stay, 5 star food, big time acts and models to goggle at Wizards fans were promised a competent run organization competing for a championship. But how can you compete for a championship when you can't bring in All Star caliber players? Kevin Durant backed out of a Ernie Grunfeld meeting faster then Blink 182 backed out of Fyre Festival. They both saw the dumpster fyre (pun intended) from a mile away. It didn't matter if you hired his high school coach, have his high school team play during a halftime, or shamefully show fan made #KD2DC signs on the big screen. Durant or any star for that matter is not coming here as long as it's being run by an incompetent GM. It doesn't matter how much money you could pay them. Even Kendall Jenner took Billy McFarland's money for a tweet.


Billy McFarland and his team were quick to either fire or silence any person that talked negatively about Fyre Festival. Even if it was constructive criticism that would actually help the festival work. A member on his team Marc Weinstein, tried to persuade Billy on issues such as not over selling the tents and stop giving out free stays to Influencers. It was ignored to the point he was not allowed to talk directly to Billy anymore. Silenced. The best idea I saw was from the self taught pilot Keith. I thought he was crazy but man did he have one of the best ideas to save the festival. He came with 10 years of experience on the island to suggest bringing in a cruise ship to handle restrooms and stay arrangements due to the lack of plumbing on the island. He strongly suggested against the ridiculous plan of purchasing a thousand toilets. Not only was he silenced but he was told to stay away. Hey Wizards fans, we're the crazy pilot suggesting we bring in a cruise ship instead of purchasing a thousand toilets at Home Depot. We're Marc screaming to not sell draft picks for cash considerations, oh, I mean to not give out stays to Influencers for free. Just like Marc or Keith we were silenced faster than a rich millennial asking for flight information before it gets deleted off of Instagram. Ted Leonsis is notorious for blocking fans on Twitter. It's to the point now it is a badge of honor to get blocked by Leonsis. We are only suggesting to do the same thing of firing Ernie and not to stick with the equivalent of buying a thousand toilets.


As fans from watching on TV to Season Ticket Holders are we no different than the rich kids that spent millions of dollars to fly to an island to see Blink 182? Why are we still supporting this? Ted promised no excuses, Eastern Conference Finals, and 50 wins. Now it's please just make the playoffs (which in the East isn't hard to do). This is another setup to keep Ernie Grunfeld. It feels more and more that Ted is just in this for the money from the 2 home playoff games this team will get swept from. That's the only thing that makes sense because no real NBA team would continue with Ernie Grunfeld as their GM. It's like Ted needs the playoff money to cover his AOL debt like Billy needed Fyre Festival money to cover his Magnesis debt.


To quote Marc Weinstein when he talks about Billy McFarland "He's unflappable but he's also entirely delusional". "Is this guy a genius or is he a mad man"? "He's a liar". That is pretty much how I see Ted Leonsis. The man is a constant liar. You can't say you are building a championship and still have Ernie Grunfeld as your GM. The man wasted nine years of John Wall's career with bad drafts and signings. There are countless more reasons why that has already been addressed on this site or anywhere else (like here and here). Ernie should not get another chance of rebuilding this roster again. Cleaning up his own mess again. This team is a fraud and like Billy, Ted is scamming the fans. The only thing different between Billy and Ted is Ted isn't being investigated by the FBI. I can't wait for the Netflix documentary.

This entry was posted on Monday, February 11, 2019. You can follow any responses to this entry through the RSS 2.0. You can leave a response.